Crossroads Lofts bears the name of the district where it lives. Located right on the corner of 16th Street and Grand Boulevard, this ornate two story, buff brick, commercial building with large display windows and decorative fret patterns was built in 1910 by the architectural firm Root & Siemens for the Mitchell Motor Company. The Mitchell Motor Company was known for building large, fashionable touring cars for the wealthy from 1903 to 1923, when the company folded. This commercial area flourished with the introduction of cable car and electric trolley lines, and a cable car line ran south from the River Market area along Grand Boulevard (formerly called Grand Avenue) all the way to 40th Street in the Midtown area of Kansas City. This building saw much of its surrounding structures erected in servitude to Kansas City’s commercial boom and successful inter-city public transportation of the first two decades of the twentieth century.

Today this historic building is home to a charming apartment community named in honor of its artsy neighborhood, The Crossroads Arts District. Inside you will discover a unique selection of one and two bedroom loft layouts with polished concrete floors and decorative historical accents giving way to modern open spaces. These lofts are appointed with stone counter tops, stainless steel appliances and unique architectural features. Crossroads Lofts is a pet friendly community with secured access and a courtesy patrol service. Monthly rents start at around $1,000 per month for one bedroom apartments.

Being in the heart of the action, Crossroad Lofts conveniently sits close to numerous bars, restaurants and Downtown Kansas City’s gourmet grocery store. Just outside on Grand, live music venues and posh drinking establishments line up on either side of the Boulevard while the popular Power and Light District and the T-Mobile Center are only a few blocks away to the north. The remarkable Kauffman Center for Performing Arts provides the influence of class and culture as it overlooks the neighborhood to the west. Easy highway access is available via the Downtown Loop I-670, which includes access to major interstates and freeways and the streetcar stations along Main Street can be reached within a short walk. Grand Boulevard is also bicycle friendly with bike lanes from 20th to 3rd Street and B Cycle stations, a public bike share system, are dotted around much of Downtown.

With its location and proximity to local destinations and transportation amenities, Crossroads Lofts makes city living more fun! Have a piece of Kansas City’s dazzling past and bright future at Crossroads Lofts!

Location – 1600 Grand is just blocks from KC’s best restaurants, entertainment and the Streetcar. 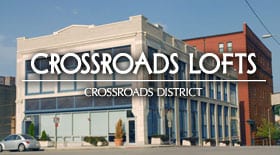 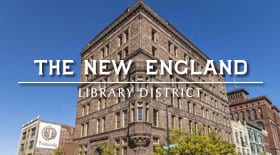 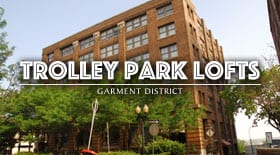 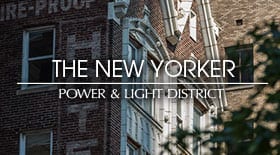 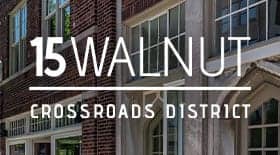 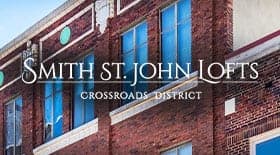