Written by interactive@smallbusinessmiracles.com on December 3, 2019. Posted in KCLC News

Written by interactive@smallbusinessmiracles.com on November 26, 2019. Posted in KCLC News

For all the natural finish lovers out there this loft is for you: brick, timber and original hardwood floors. Apartment #105 at Butler Brothers Lofts is now available for rent at $1,250/month. This spacious one bedroom one bathroom loft apartment is a perfect blend of American industrial beauty and urban-mod styling. Layout features include stone counter-tops, stainless steel appliances, built in washer and dryer and a stylish bathroom with walk in shower. Large warehouse style windows and high ceilings provide loads of natural light throughout the apartment. Butler Brothers Lofts is located in the historic Garment District in Downtown Kansas City, Missouri. This central location on Broadway Boulevard provides convenience and accessibility to all of Downtown KC’s attractions like the River Market, Power and Light District, Crossroads Art District and more! Community amenities onsite include a fitness studio, bike room and resident storage. This building is pet friendly and has Google Fiber. Parking is available for rent in the adjacent lot. Contact us today to schedule a tour of this beautiful loft before its gone! 816-842-6544

Written by interactive@smallbusinessmiracles.com on November 25, 2019. Posted in KCLC News 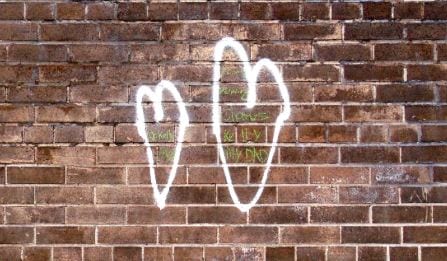 KCLoftCentral will be closed on Thursday November 28th and Friday November 29th for the Holiday. We will be responding to all inquiries when we return to the office on Saturday November 30th. Our current leasing specials include one month free rent at The New England* and $500 off at Trolley Park*. *Availability is limited and restrictions apply. Have a wonderful Thanksgiving!

Written by interactive@smallbusinessmiracles.com on November 22, 2019. Posted in KCLC News

Written by interactive@smallbusinessmiracles.com on November 21, 2019. Posted in KCLC News, Uncategorized

From CitySceneKC: https://cityscenekc.com/downtown-library-district-gets-new-dog-pad/ By Kevin Collison Downtown dogs have a new pad to hang out by the Central Library garage, an artificial approach to better accommodate nature’s call. The library in partnership with the Downtown Council Community Improvement District recently installed 6,000 square feet of synthetic lawn in front of the library’s iconic bookend mural. It replaces a patch of grass that had struggled for years. “You can’t grow grass because of the shade and the dogs,” said Sean O’Byrne, vice president of the Downtown Council. “It’s designed to percolate through the soil and people need to pick up after their doggies. We think it’s a great opportunity.” CityScene KC reported last year about the need for downtown residents to do a better job of curbing their dogs. There are an estimated 7,685 dogs living in greater downtown, according to a formula used by the American Veterinary Medical Association based on the number of households. That adds up to tons of poop. New signs urge people to do a better job of cleaning up after their pets. But downtown wasn’t originally built as pet-friendly place. So all those dogs have taken their toll on the green patches available, particularly in the Library District. It’s a neighborhood where of hundreds of apartments are located in converted buildings near the Central Library. “Synthetic lawn was developed with dogs in mind,” O’Byrne said. “It’s a good alternative for a harsh urban environment.” Besides replacing the patch in front of the garage bookend mural with synthetic lawn, new fencing has been put up around sidewalk landscaping wells in the Library District and hardier plants found. Signs also have been added to encourage dog owners to clean up after their pets. O’Byrne said finding better ways to accommodate dogs and encouraging their owners to be more responsible are part of the growing pains of the new downtown. “When we started the revitalization of downtown, we thought we’d won if we saw people pushing baby carriages and walking dogs,” he said. “We’re seeing lots of both now.”